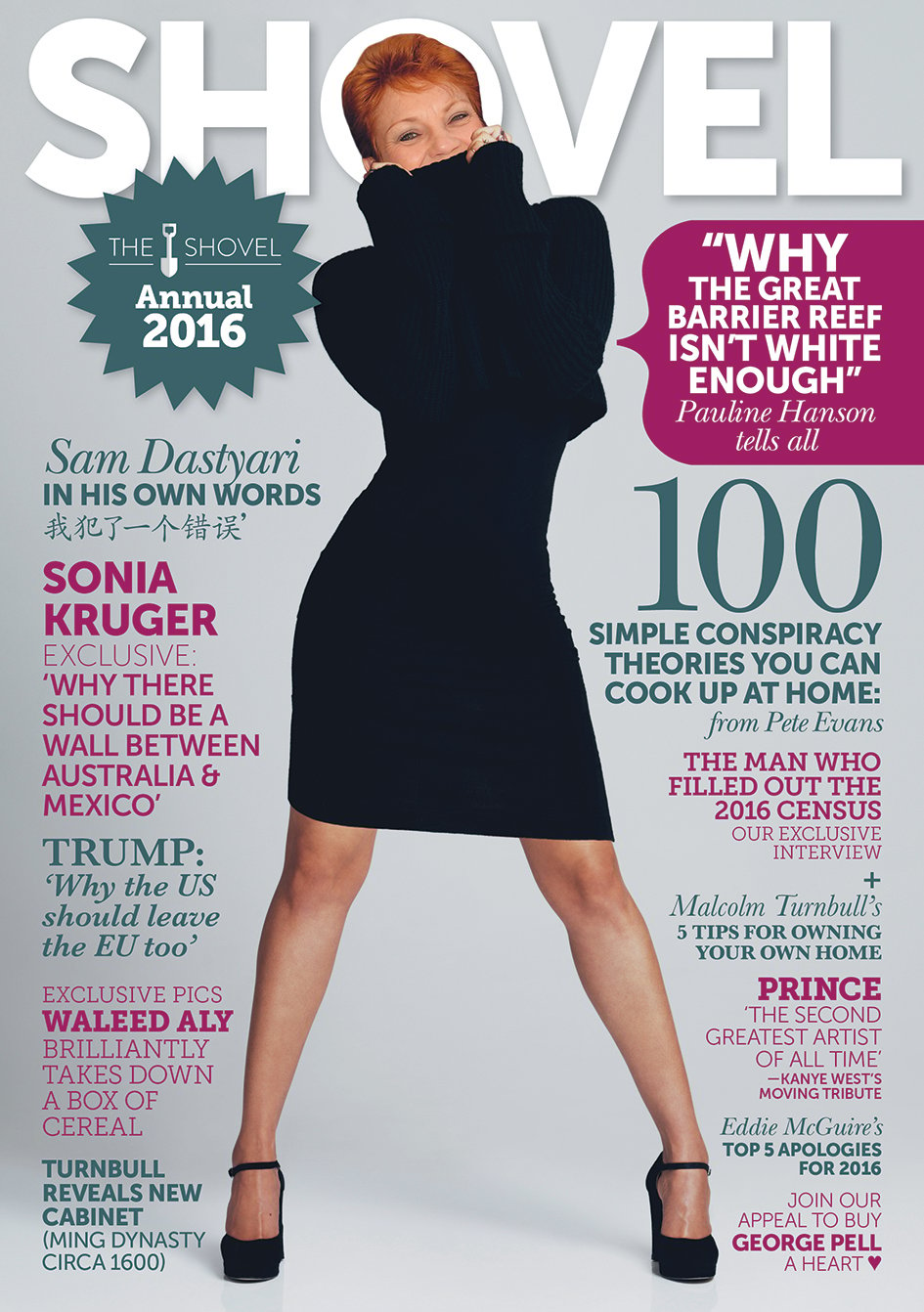 Take yourself back to a simpler era when Obama was president, Australia's census found we had a population of just 58, and Barnaby Joyce was more concerned with questioning the legality of Pistol and Boo than the paternity of his son.

Our very first Annual includes 164 pages of the best articles from The Shovel you might have missed, as well as new writing from all the best satirical writers of 2016 including Malcolm Turnbull, Sonia Kruger, Donald Trump and whoever it was who was in charge of the census.

This edition includes a useful timeline, outlining all the key moments of 2016 when Australia embarrassed itself on the world stage, plus obituaries of public figures you wished were dead but aren't yet.

Also includes The Chaser's handy 32-page guide to the next 100 years.